The most delicious recipes in all of Wonderland 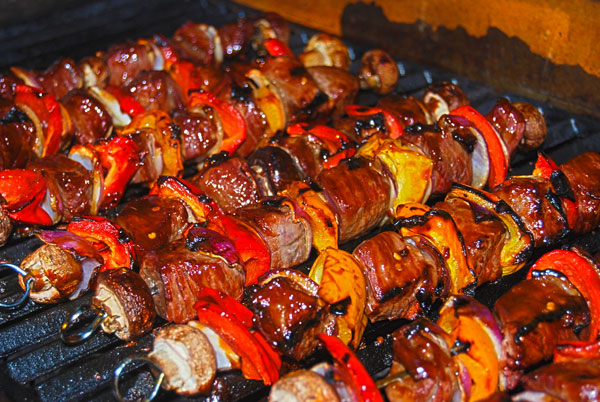 Fairly easy meal, but does need at least a half hour in advance in order for the meat to marinade.  I used 1 cup of bottled Teriyaki sauce (not the thick kind….consistency was similar to soy sauce).

BBQ Corn on the Cob

– Heat BBQ to Medium.
– Shuck the corn, clean off all the silk.
– Spread butter over each cob, and sprinkle on some Kosher salt.
– Wrap each corn cob in foil.
– Set on the grill

Marinade meat chunks in Teriyaki sauce for about 30 minutes prior to adding corn to the BBQ.

Dice the peppers and onion into squares that are roughly the size of your meat cubes.

Remove meat from marinade, and pour leftover marinade into a small saucepan, and heat at medium high.  We are reducing it to thicken it up a bit (and cook out any raw meat juices !).

Load up the kabobs…I cap each end with one mushroom, and just alternate peppers, meat, and onions.

Flip the corn on the cobs, and move to outer edges of the grill.  You can spray/or coat the center of the grill with a wee bit of oil if it looks like it will stick…be careful since it will flame up when you do this.

Lay down the kabobs, and close lid…cook for about 4 minutes, then flip and cook for another 3 or 4 minutes.  By now your Teriyaki sauce has cooked down nicely, Brush each kabob on both sides with the sauce and grill for another couple of minutes. 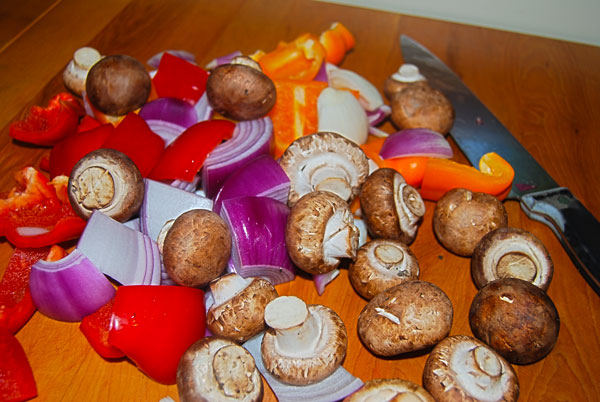 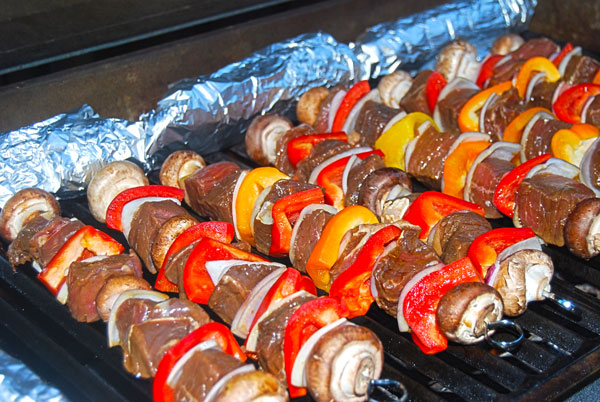 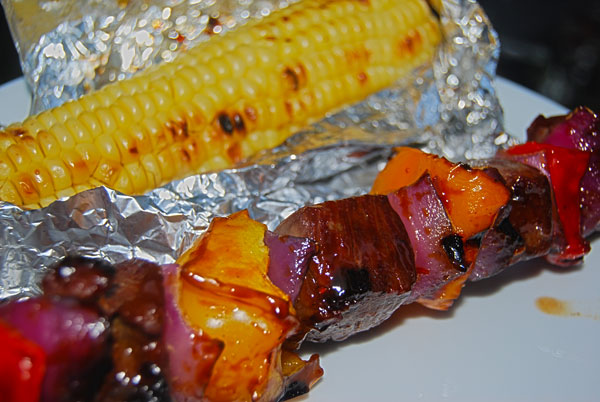 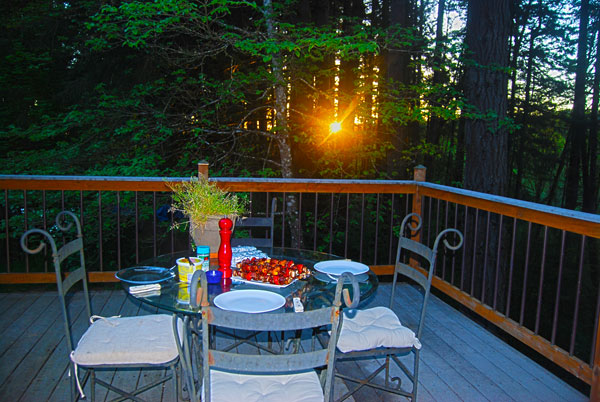 Jabberwock’s Fajitas with Peach and Avocado Salsa May 19, 2013 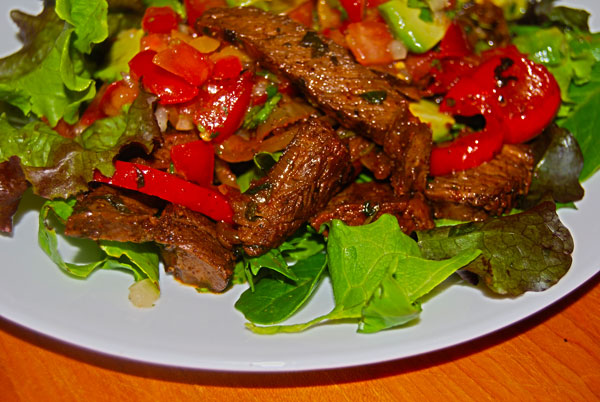 Prepare marinade in bowl and whisk. Add meat, and refridgerate for at least 30 minutes, but preferably a couple of hours if possible. Flip the steak a couple of times so both sides are coated with the marinade.

Fire up the BBQ to Med/High.

In a large nonstick frying pan, sautee the onions and red peppers in the olive oil.

While onions and peppers are cooking toss the steak on the BBQ until cooked to desired done-ness – bring it in to rest a bit. Add the leftover marinade to onion/peppers and turn to med/high heat and make sure it bubbles up for several minutes to cook out any meat juices.

Serve with Peach and Avocado Salsa over salad greens for the low carbers, and with flour tortillas for the rest of the family.

By the way, these are VERY excellent leftovers ! 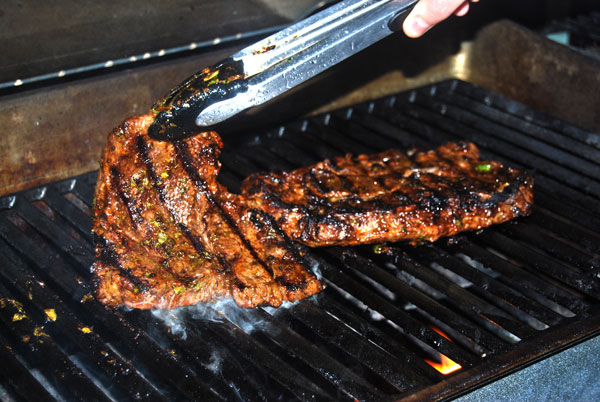 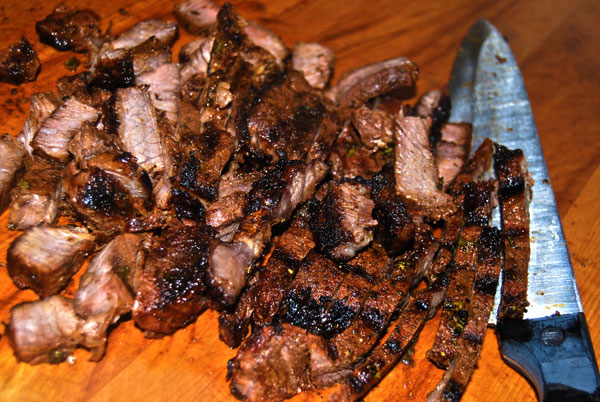 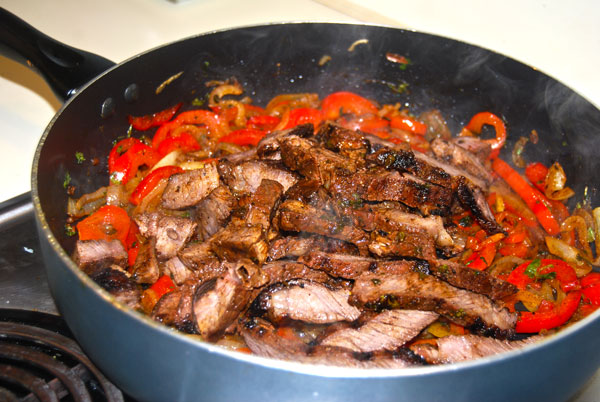 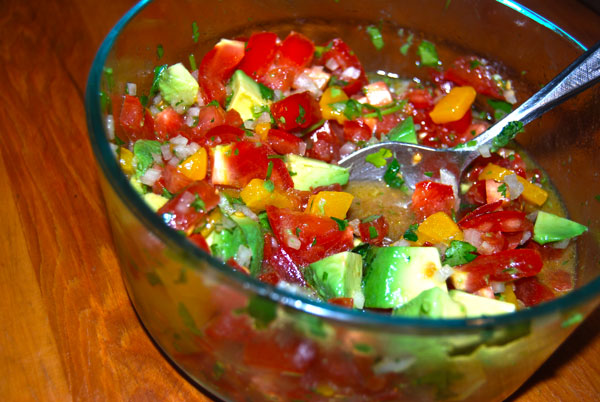 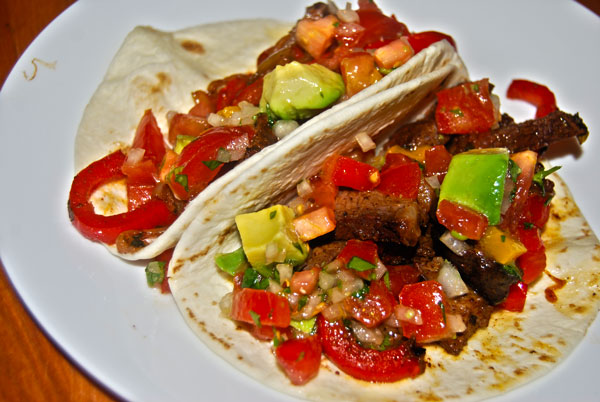 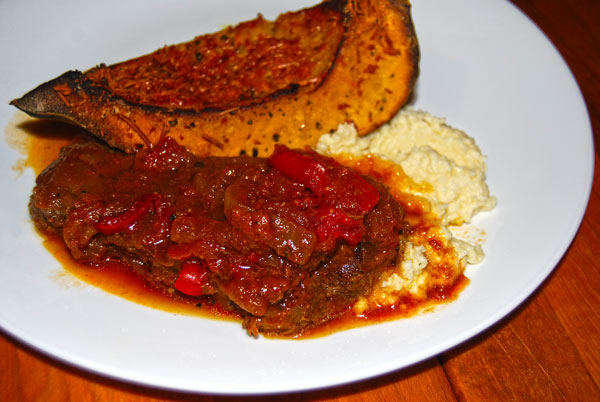 Embellishments: I increased the onion from 3 Tbsp. (minced) to using half of a very large onion (slliced).  I also had a sweet red bell pepper, so sliced it up, and tossed it in.

Cook/prep time:  Prep was very easy, about 10 minutes.  Cook time per the recipe was 2 hours, however I prepped the dish in advance, and it was sitting in the fridge most of the day, so increased to about 3 hours.

Comments:  Easy prep, perfect for make ahead, delicious taste.   For the side, I opted to not have salad, and made Baked Acorn Squash and some Cauliflower mash.  Thumbs up for this Emeals dish. 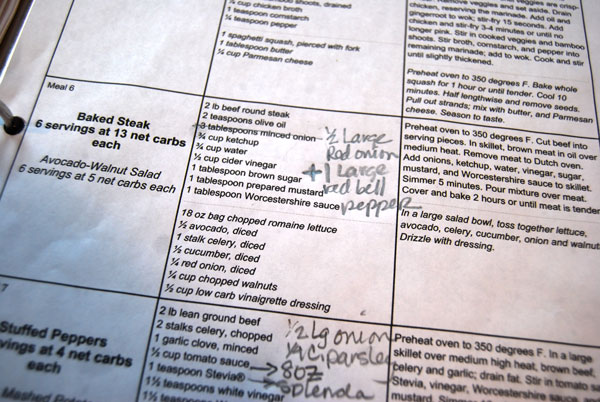 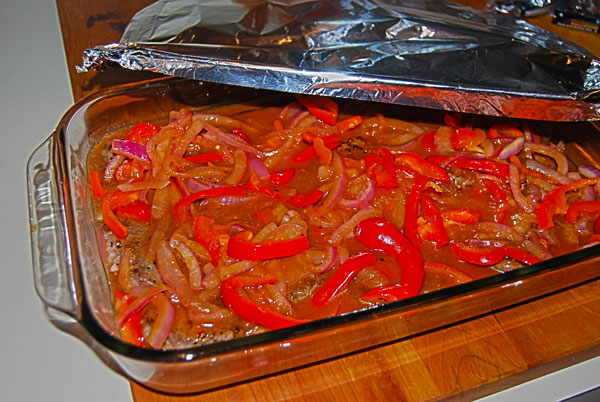 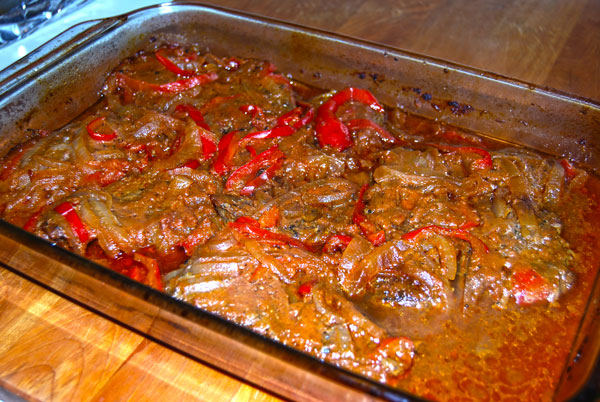 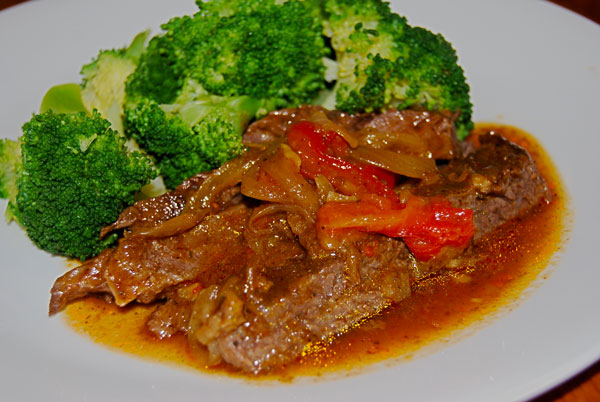 Embellishments:  I substituted flank steak with 7 bone chuck for a substantial price reduction.  2 lb of flank was nearly $18.00 US.!  Whoa baby!  So, the chuck cost me $7.00 US.  It’s a pretty low grade of beef, but since this recipe called for a low temp cook for 1.5 hours I thought it would work.  I also subbed homemade turkey broth for the beef, added 2 cloves of diced garlic, and tripled the amount of onions and bell pepper (I used red instead of green as well).  I did not bother making the side dish which was a green bean salad since I forgot to buy the green beans.

Comments:  As you know, I am using the “low carb” plan on Emeals, and have not been happy with the use of high carb ingredients.  This Emeals recipe called for a 1/2 cup of flour.  I ended up using only about 1 Tbsp, but you can see that the gravy is not as thick as it was probably intended to be.  Other than the flour, everything about this dish was awesome.  Easy prep,  and very delicious.  So, the rating is a thumbs up !

Embellishments: None, other than subbing in beef instead of pork.

Comments:  Not impressed with this recipe.  Although I love panko, it’s BREAD, which really is not low carb.  Remember that I purchased the “low carb” plan from EMEALS… I think the steak would have tasted better if I had just pan fried it.

Thumbs down for un-remarkable taste, and the use of bread crumbs. 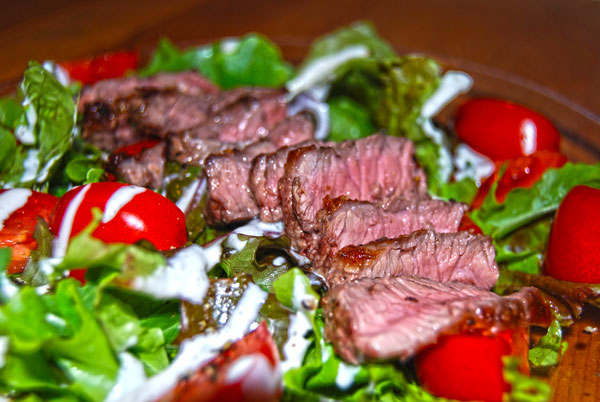 We have an abundance of salad greens and tomatoes from the garden right now…this is a quick and easy lunch.  Store the dressing in a squirt bottle – it keeps very well.

Combine first 8 ingredients to make the dressing.  Add more buttermilk if you like it a little thinner.